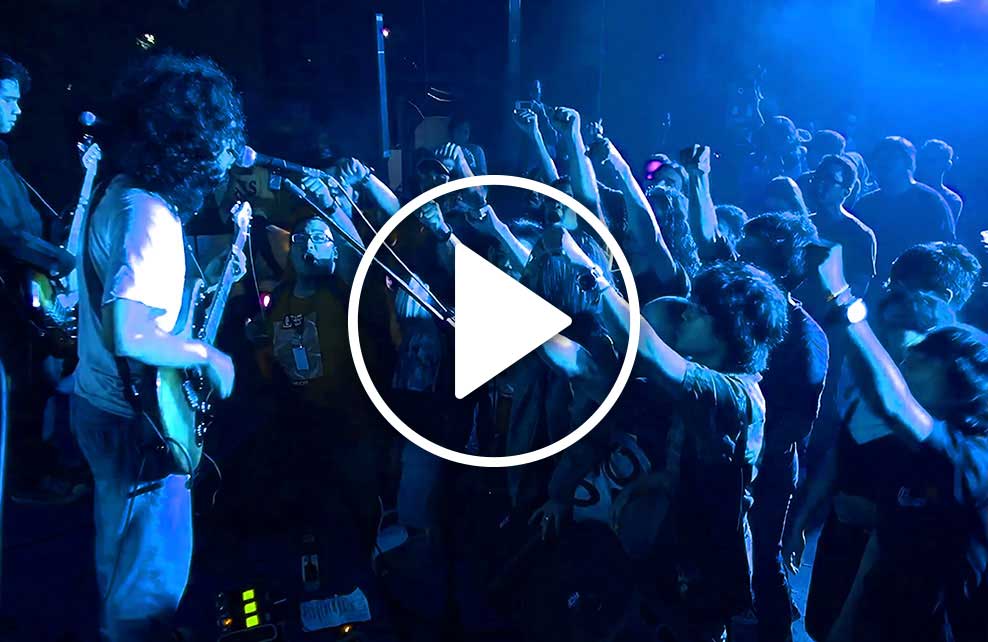 THE SONG OF GRASSROOTS

The young Fajar Merah is the son of Wiji Thukul, a poet and human rights activist who was “made to disappeared” in 1998 by The Soeharto Regime. Together with Merah Bercerita, a band established at 2010, and supported by his family, he tries to bring back his father’s poems to life and creates a music album. In a dynamic background of 2014 Presidential Election, sixteen years after the 1998 tragedy, Fajar and family develops a new hope on one candidate, Joko Widodo, to solve some Human Rights Violation cases, to find Wiji Thukul and other victims.

Yuda Kurunawan is an Indonesian communication studies graduate. Since 2003 in Yogyakarta he has worked in audio visual as video editor and director. In 2006 he moved to Jakarta and became co-director and director for several Film Television, TV Series, Movies and and Documentary series. In 2012, he established Rekam Docs, a group of documentary filmmakers and enthusiasts.