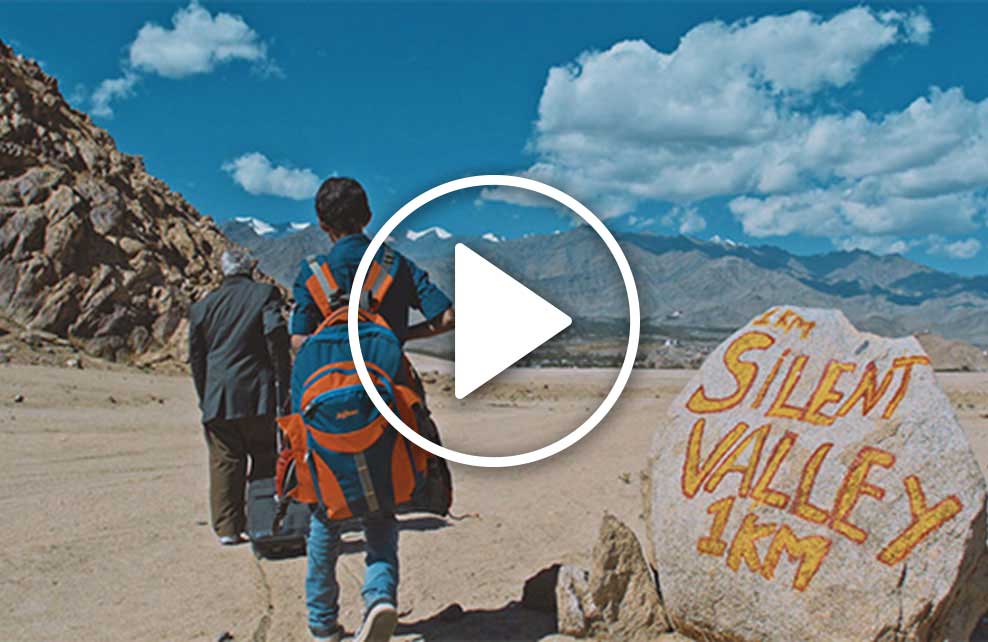 NAMDEV BAHU: IN SEARCH FOR SILENCE

Namdev Bhau is a 65-year-old chauffeur, who is tired of the noises in the obstreperous Mumbai City life and has completely stopped speaking. One day, decides to leave everything in search for ‘Silent Valley’ which boasts of a naturally occurring phenomena having almost a zero decibel sound level. On this journey he chances upon an exasperating 12-year old boy, who happens to be on his own solo expedition to the mystical “Red Castle”. The film was presented at the Delhi Habitat Film Festival 2019, Jio MAMI Mumbai Film Festival 2018, BFI London film festival 2018 and the Busan International Film Festival 2018.

Dar Gai, as a part of the known Ukrainian theater group “Incunabula”, worked with various renowned theater directors, such as Andriy Pryhodko, Tetyana Shuran and Vladislav Troitksiy. After obtaining a Bachelors and Masters degree in Philosophy with a minor in film and theatre from Kiev (Ukraine), Dar was invited to India to direct theater play in Gwalior and also to teach creative writing and film appreciation at Whistling Woods International’ in Mumbai. Since then Dar has been writing and directing feature films, TV shows, commercials, short films and music videos in India. Her first few films are deeply rooted in India but have a wide international reach, as they have been told with more of a European sensibility.

THE SONG OF GRASSROOTS
Scroll to top