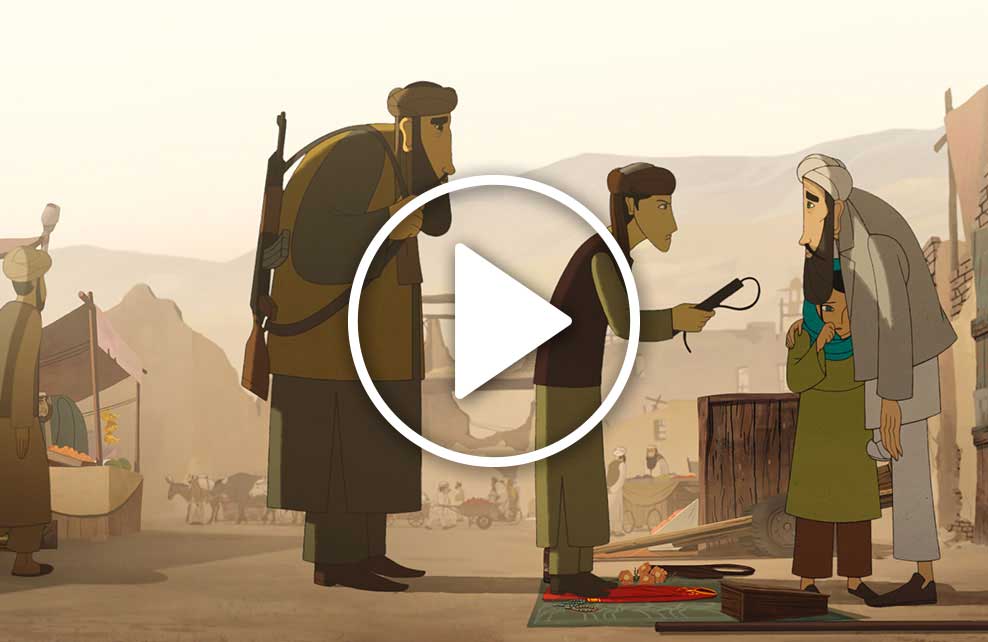 From the highly-anticipated new feature based on Deborah Ellis’ bestselling novel. Parvana is an 11-year-old girl growing up under the Taliban in Afghanistan. When her father is wrongfully arrested, Parvana cuts off her hair and dresses like a boy in order to support her family. Working alongside her friend Shauzia, Parvana discovers a new world of freedom-and danger with undaunted courage, Parvana draws strength from the fantastical stories she invents, as she embarks on a quest to find her father and reunite her family. It was nominated as the Best Animated Film by the Academy Awards 2018, Village Voice Film Poll 2017 and Indiewire Critics’ Poll 2017.

Nora Twomey (1971) is an Irish animator, director, screenwriter, producer and voice actress. She is a partner in Cartoon Saloon, an animation studio and production company, based in Kilkenny City, Ireland. She is best known for co-directing The Secret of Kells and directing The Breadwinner. Her work on both films earned Academy award nominations for Best Animated Feature Film.

REFLECTIONS IN THE DUST
Scroll to top