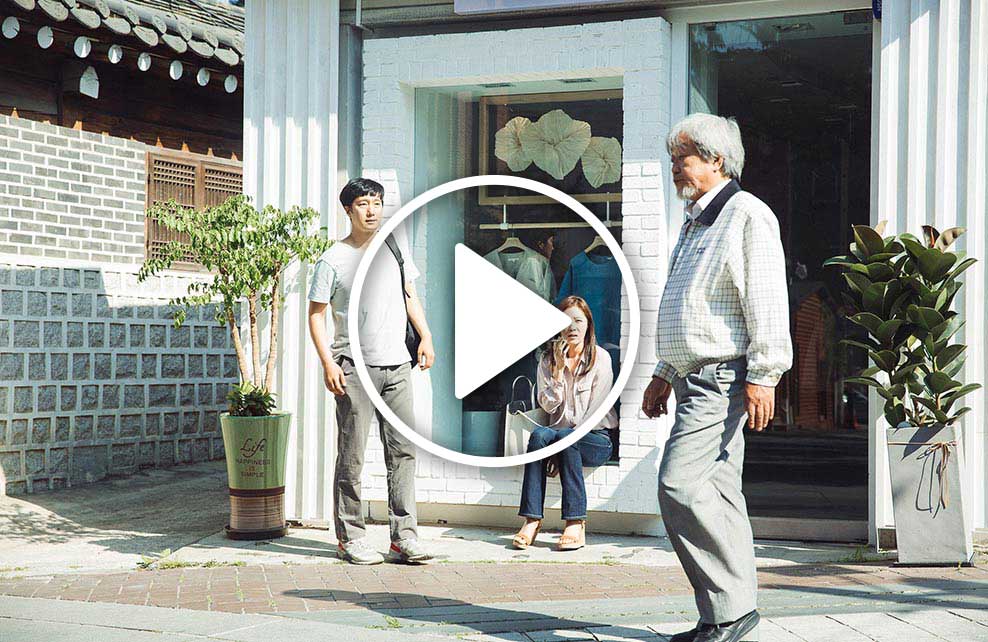 ODE TO THE GOOSE

Yun-young is an amateur poet who hasn’t had any success just yet. He had always been in love with his elder classmate’s ex-wife, Song-hyun, and when they get divorced, they engage a relationship. One day, they impulsively decide to visit the birthplace of Yun-young’s mother in a small port city called Gunsan. Here, they live in a guesthouse managed by a Korean man and his daughter, who never leaves her room. The film was presented at the Busan International Film Festival 2018 and the Hong Kong Asian Film Festival 2018.

Lu Zhang is a third-generation Korean Chinese filmmaker who has consistently made films about the lives of Korean Chinese and along the way has developed into one of the most followed Asian filmmakers. His life took a dramatic turn during a bet with a friend which claimed that “anyone can make a film.” He set out to make “11” (2001), a short film that was featured in the main competition for short films at the Venice Film Festival. Throughout his prolific career he has created short films, fiction feature films such as “Grain in Ear” (2005) and “Desert Dream” (2007) and nonfiction documentaries like “Over There” (2013).