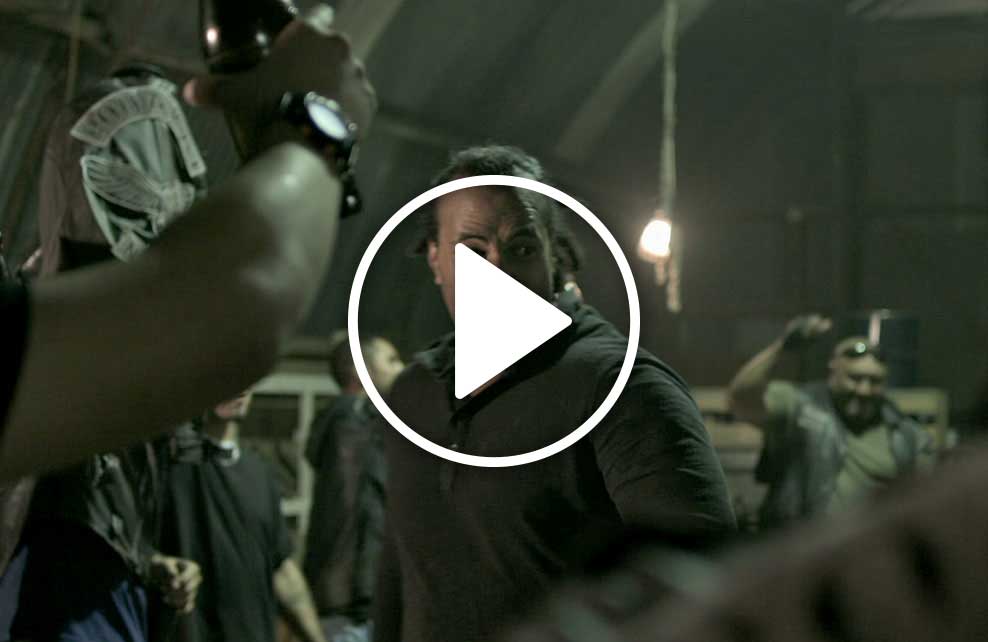 Broken is a modern-day version of a true story based in Gisborne, New Zealand. Logan, an ex-gang leader, has left the gang life to raise his daughter Tori. But when Tori is murdered by an opposing gang in town, Logan must choose between forgiveness or revenge. Cruz, Tori’s murderer, must also choose forgiveness in order to end the cycle of hatred and revenge which is escalating into an inevitable gang war. Broken was inspired by the true story of Tārore, a Māori girl who was murdered in the mid 1800’s. Tārore always carried with her the Gospel of Luke, but when she was killed by a marauding tribe, the book was stolen by her murderer. Incredibly, her father decided not to seek revenge for her murder, but to instead forgive. And then, when the Gospel was eventually read to Tārore’s murderer, he was so filled with remorse that he sought out Tārore’s father and asked him for forgiveness. Because of this, peace was made between their two warring tribes.

Tarry Mortlock is a New Zealander film director, screenwriter and TV producer. He majored from Orewa College and he is known for his work in Broken (2018) and The Long Road Home (2018).

BUY TICKETS
A LETTER TO THE PRESIDENT

WHEN I GROW UP (GRANDIR)
Scroll to top