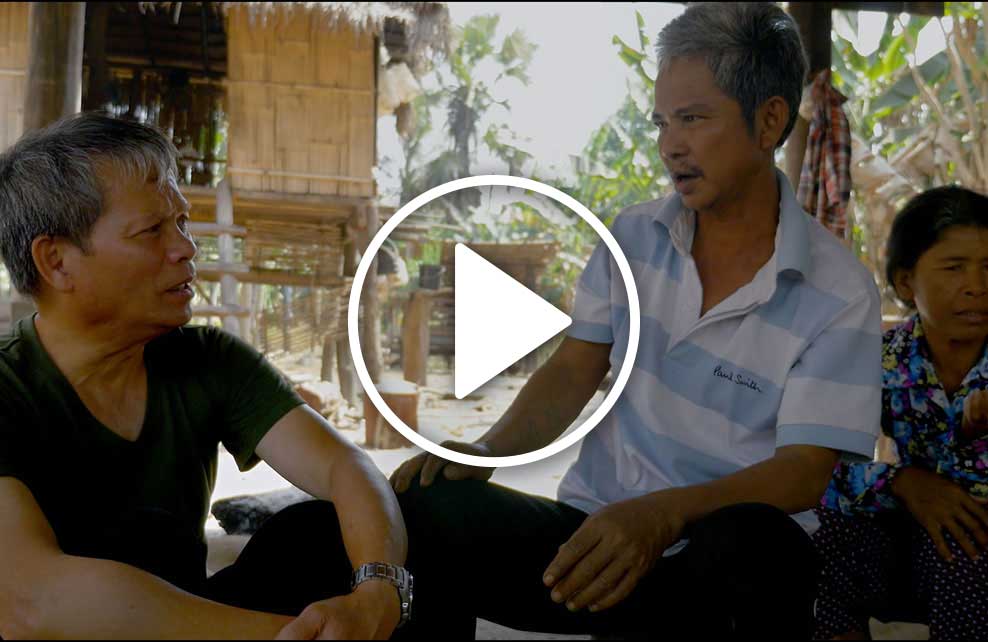 Following her father Khonsaly as he returns to Ta Seng, to where he had been deported during the Khmer Rouge genocide, the filmmaker Neary Adeline shows the extent to which his return home after 30 years of exile involves a path of resilience. The camera follows him towards conversations with his former tormentors and jailers, elderly man who have remained in the village, and let the public participated of the horrifically precise accounts of abuse as told by criminals’ eager to lay all blame on the regime or pass themselves off as victims. The film hints that he has endured this for the sake of three generations: his own, which he has to represent as “a survivor out of thousands of deaths”; that of the village teenagers, who have grown up carefree “without knowing who their parents and grandparents are”; but also the generation of his daughter, who receives words that have at long last been liberated. The film was presented at the Thessaloniki Documentary Film Festival and Rotterdam International Film Festival.

Neary Adeline Hay (Cambodia, 1981) found asylum in France with her family where she grew up in the suburbs of Paris. Very passionate for film, Hay bought her first camcorder at age sixteen. She studied plastic arts and applied arts, made experimental films and traveled the world with her camera. Her debut film “Angkar” (2018), world premiered at Rotterdam International Film Festival, is a story about survival, the life in the village under the Khmer Rouge regime.

B the travel brand Xperience Madrid

THE WITCH: PART 1 THE SUBVERSION
Scroll to top