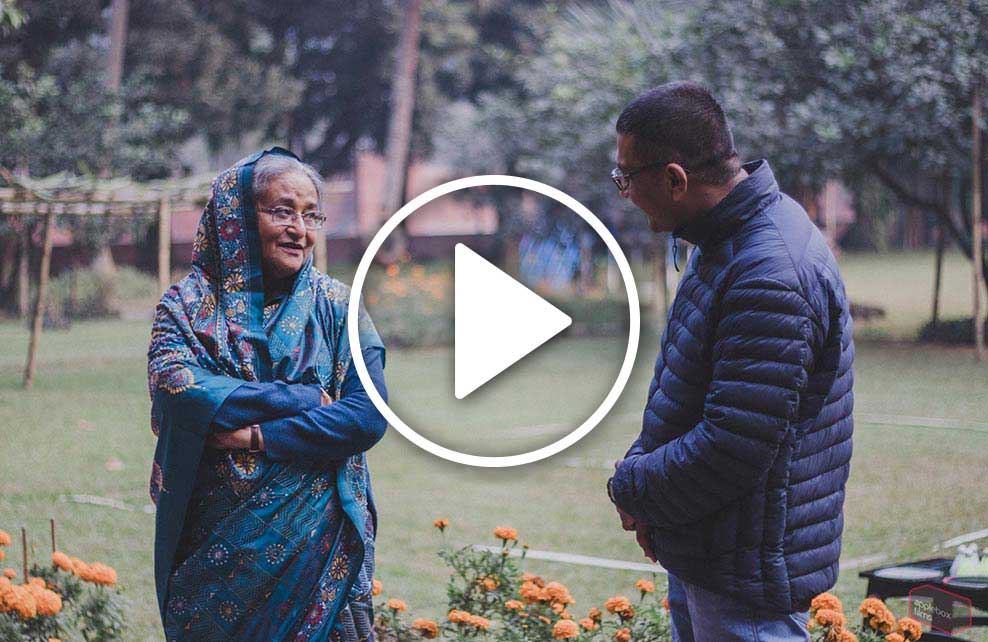 Hasina: A Daughter’s Tale is a 2018 Bangladeshi independent historical docudrama directed by Piplu Khan, based on the life of Sheikh Hasina, the tenth Prime Minister of Bangladesh. The film was jointly produced by the Centre for Research and Information and Applebox Films. It stars Sheikh Hasina as herself in the title role, and her younger sister Sheikh Rehana as herself. The film covers and refers to the assassination of Hasina’s father Sheikh Mujibur Rahman along with most of her family in 1975.

Rezaur Rahman Khan Piplu is a filmmaker who was born in Chittagong, Bangladesh and currently lives in Dhaka. Piplu is the founder and managing director of Applebox Films, a production company that shoots commercials and social media advertising. During his advertisement making career, he has worked with some of the major brands in Bangladesh as well as in Mumbai, India. Besides Applebox Films, Piplu also is involved in a number of other media companies and is also a guest lecturer of media and communications at the Independent University of Bangladesh. Hasina: A Daughter’s Tale is his directorial debut film.

PORTRAITS OF A RAINBOW
Scroll to top