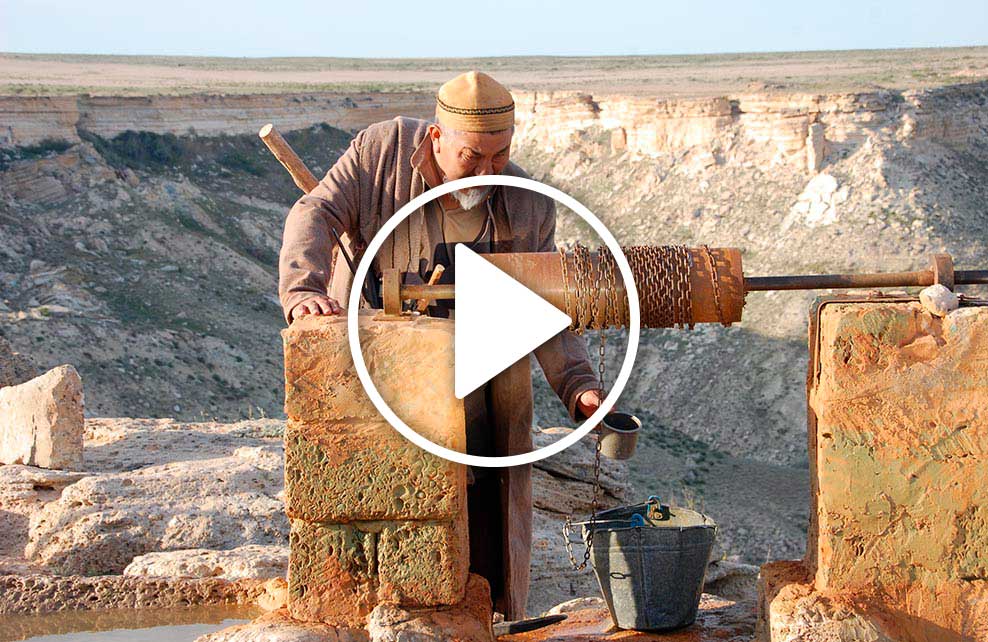 The film is based on the novel of the same name by Kazakh writer Abish Kekilbayev. It presents the story of Yensep, who has rare knowledge about the difficult work of digging wells and who is decided to get rich. The film raises themes of rivalry, pride, love, friendship and betrayal. The film was presented at the Fajr Film Festival 2019 and was awarded Best Cinematography at the Dhaka International Film Festival 2019.

Zhanabek Zhetiruov is a film director, screenwriter editor and producer. He graduated from the Higher Courses of Scriptwriters and Directors in Moscow in 1993 and has worked as the head of the Creative Association “Non-fiction movies and chronicles” of JSC “Kazakhfilm”. At the present, he holds a position as an associate professor at the University “Turan” of the Department of Cinema. He is known for his films “Akkyz” (2011) and “Notes by a Trackman” (2006).