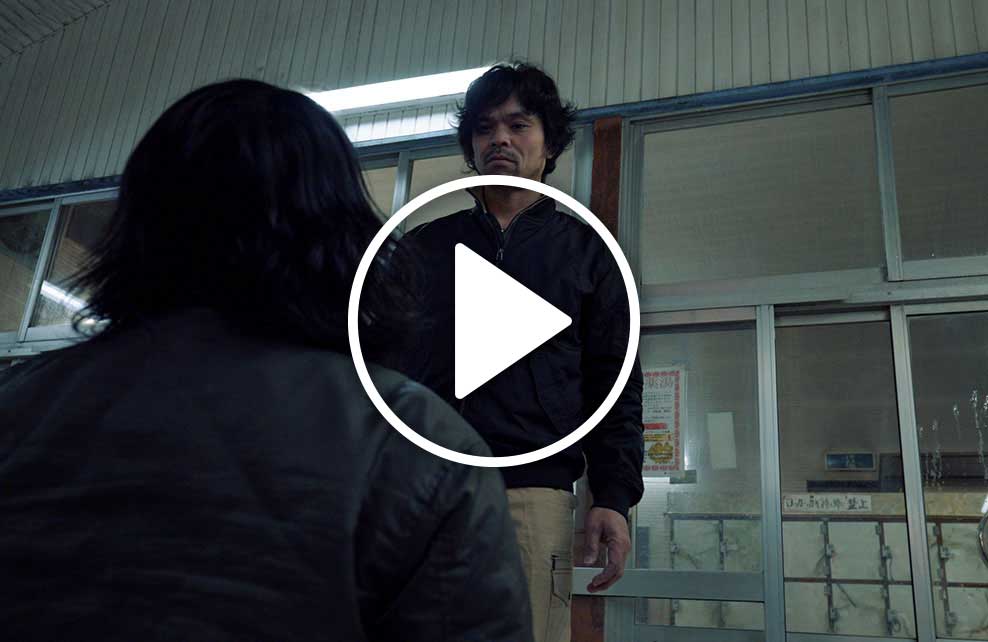 Kazuhiko isn’t enjoying his life, despite his degree from a top university. One day, he runs into a high-school classmate, Yuri, at a bathhouse and later starts working there. His discovery that the place is being used for nefarious after-hours activities is bad enough, but then Kazuhiko finds that his colleague Matsumoto is an assassin. The film was presented at the Far East Film Festival 2019 and the Bucheon International Fantastic Film Festival 2019, and it has won the Japanese Cinema Splash Best Director Award at the Tokyo International Film Festival 2018.

After studying theater at Nihon University College of Art, Seiji Tanaka, went to study film in California. Following his return to Japan, he started writing and directing plays, movies and TV shows.

BUY TICKETS
THE GIRL AND THE SEA

HIS LOST NAME
Scroll to top