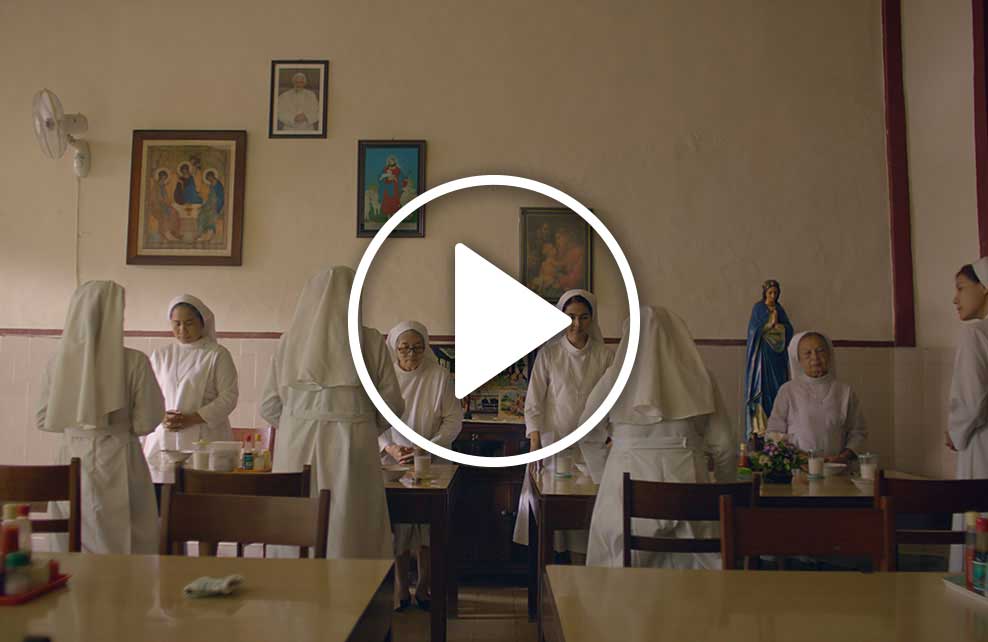 The story takes place in 1998, in a nursing facility for nuns. Sister Maryam spends her days taking care of the residents, completely devoted to her chores and to God. However, when Yosef, a handsome and liberal pastor arrives at the facility, all things change. What begins with exchanging flirtatious glances on the sly develops into something more serious as Maryam and Yosef find themselves drawn irresistibly to each other. Finally, the Sister finds herself forced to make a choice between staying true to her vow or abandoning everything for the pursuit of personal happiness. The film was presented at the Hong Kong Asian Film Festival 2018 and the Jogja-Netpac Asian Film Festival 2019.