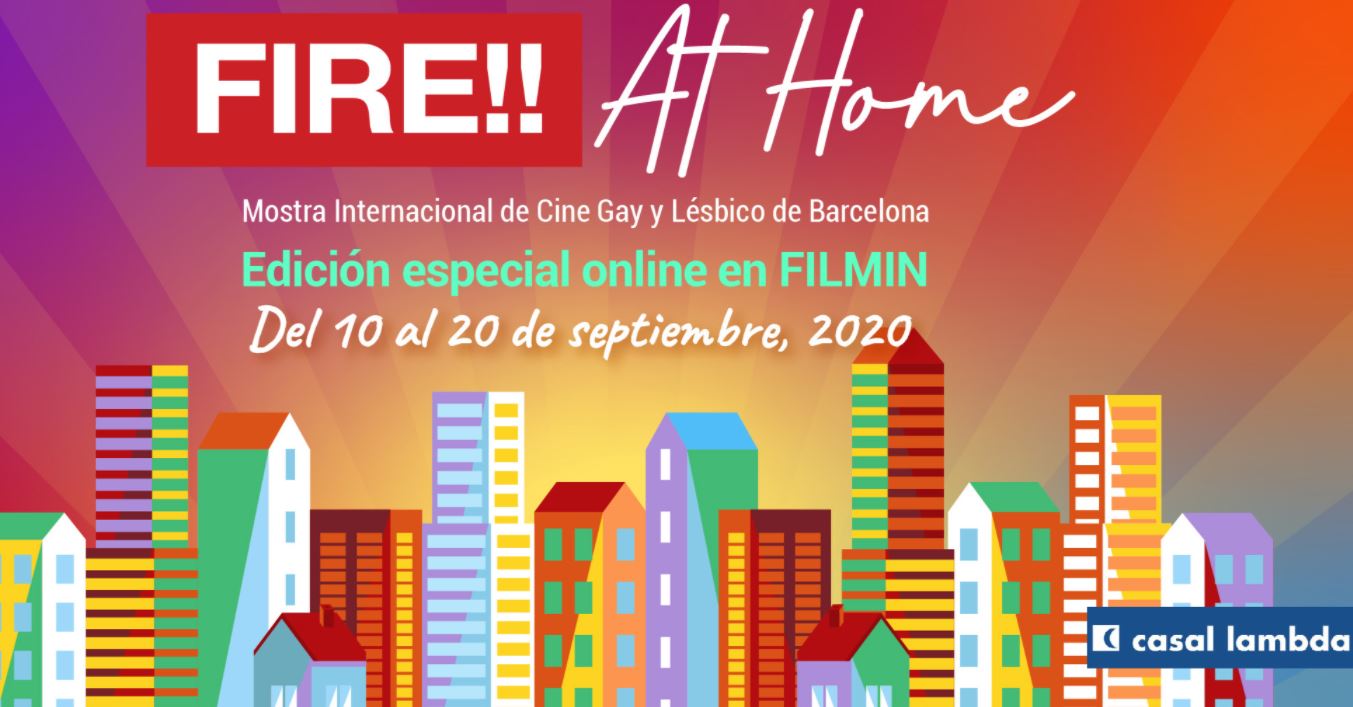 Casa Asia once again collaborates with FIRE!! International Gay and Lesbian Film Festival of Barcelona. The new online edition of FIRE!! starts this year from your sofa. FIRE!! At home, is one of the first editions of the FIRE!! that is made exclusively from a digital platform as FILMIN. From 10th to 20th September, you can see over 45 titles selected for this edition. The programme includes, as every year, the “East of Eden” series, dedicated to the discovery of LGBT cinema in Asian countries. This year the series consists of three recently produced films: Goodbye Mother (Vietnam, 2019), Lingua franca (Philippines, 2019) and Method (South Korea, 2017).

Van, heir to a Vietnamese clan, returns home from the United States for the first time in 9 years to help relocate his father’s grave. He surprises the whole family by arriving with Ian, a young Vietnamese American. Nobody knows that Ian is Van’s boyfriend and the two of them plan to tell Van’s mother, Mrs. Hanh, who expects her son to marry and become a father in order to fulfil his duty as heir. On top of that, his grandmother, who has senile dementia, confuses Ian with her grandson. While desperately looking for the perfect opportunity to come out to her, Van discovers that his mother is seriously ill.

Olivia, an undocumented Filipino transgender woman and very concerned about being deported, works as a caregiver for Olga, a Russian Jewish grandmother, in Brighton Beach, Brooklyn. When Olivia runs out of options to obtain a green card in the U.S. – the American man she secretly pays for a green card backs off – she becomes romantically involved with Alex, Olga’s grandson.

Isabel Sandoval is a New York-based filmmaker whom the MoMA Museum of Modern Art, citing her “dull and serene aesthetic”, has recognised as a “rarity among the young generation of Filipino filmmakers”. She has produced, written and directed three feature films, including Lingua Franca (2019), a drama about immigration set in Brighton Beach, Brooklyn.

The famous actor Jae-Ha is chosen to act in the play Unchain, starring two men. The cast of Unchain also includes Young-Woo, a teenage idol. Young-Woo is not very enthusiastic about appearing in the play. At first, the two men do not get along. As they immerse themselves in the characters they play and in the gay-themed story, both develop unexpected feelings. Meanwhile, Hee-Won, Jae-Ha’s girlfriend, notices something odd about Jae-Ha’s relationship with Young-Woo.

South Korean actress and film director Bang Eun-jin (Seoul, 1965) made her directorial debut with the feature film Princess Aurora in 2005. She is known for starring in 301, 302 by director Park Chul-soo and Unknown Direction by Kim Ki-duk. Her film Method (2017) premiered at the 2017 Busan Film Festival.

For more information on FIRE!! https://mostrafire.com/