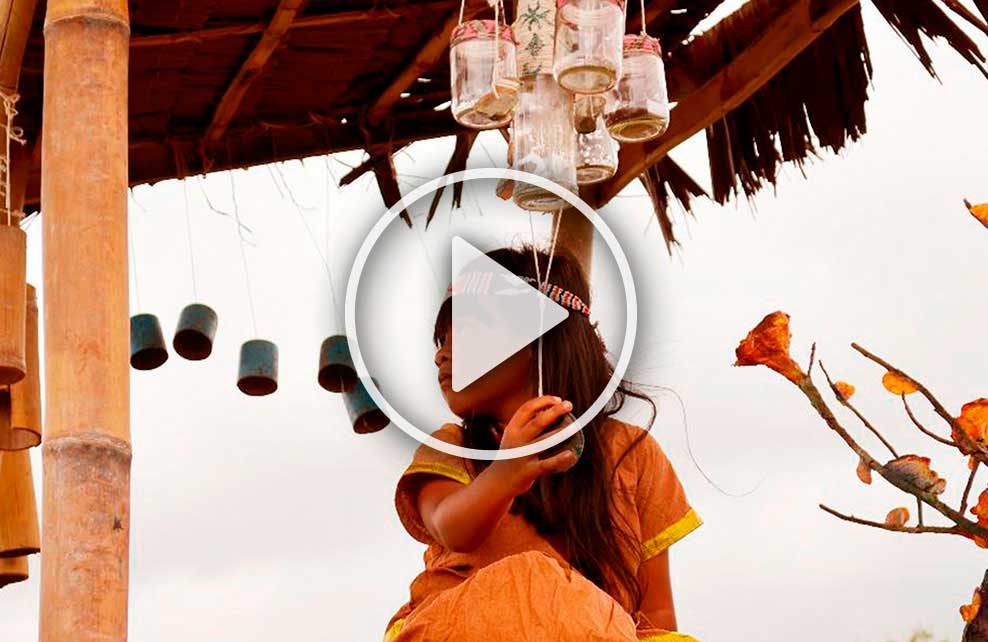 Gimba, a six-year-old boy, and his mother, who suffers from a serious illness and works on a cocoa plantation, live in a remote village in the Pipikoro mountain range. Although Gimba clings to his mother, she must leave him to go to work so she can pay for her treatment at the valley hospital. His mother teaches him to hum songs to divert fear while she is gone. One day Gimba meets Lara, a girl with whom he will play and sing using mushrooms, which will make him feel more comfortable. However, he can’t help but feel anxious every time he hears sounds in the bushes in the hope that it will be his mother back.

Yusuf Radjamuda, since he was in elementary school, he had an affinity for artistic activities such as dance, music and theater, but it would be the consolidation of a metal band in 1997 that would bring him closer to the interest in audiovisuals. Since 2010 he has participated in different workshops and national film festivals such as Solo Film Festival, Malang Film Festival, Jakarta International Film Festival and Jogja-Netpac, and internationally such as Hanoi IFF 2014, and competed in Dubai International Film Festival 2013, Vladivostok IFF 2014, TISSA IFF Morocco 2014, and Experimental Bangalore India 2015.

WATCH IT ON FILMIN
TUJHYA AAILA

SHELL AND JOINT
Scroll to top