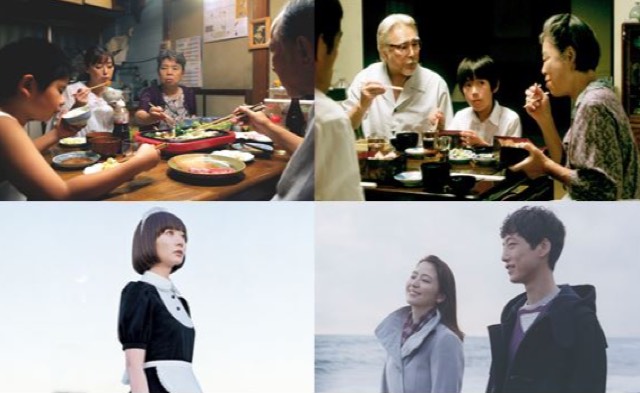 Casa Asia continues with the programme of the Asian Film Festival | AFFBCN projecting in Cinemes Girona part of the Restrospective of Kore-eda with the films: I Wish (2007), Still Walking (2008), Air Doll (2009) and Our Little Sister (2016) which were missing to complete the tribute to this big filmmaker.

Hirokazu Kore-eda was born in 1962 in Tokyo. After graduating from the Faculty of Literature at Waseda University, he started to work for TV Man Union, an important production company for television, where he directed many documentaries awarded internationally. His first feature film Maboroshi no hikari won the Golden Osella at the 1995 Venice Film Festival. His second film, Wandafuru Raifu (After Life) (1999) was released in more than 30 countries. His third film, Distance, was selected for the Cannes Film Festival (2001). Nobody Knows won the Best Actor Award (Yagira Yuuya) at the Cannes Film Festival (2004) and was highly acclaimed all over the world. In 2006 he wrote and directed Hana; his first film based on a period, in which he explored the world of the samurais and the revenge in the Edo Period. In 2008, Still Walking, which talks about a personal experience, was released at the Toronto Festival and won the Best Director Award at the Asian Film Awards and the Golden Astor Award at the International Mar de Plata Festival. That same year, he directed his first full-length documentary, Daijobu de aruyo ni: Cocco owaranai tabi, in which he follows the Japanese singer-songwriter Cocco during a tour. It is undoubtedly an opportunity to see the production of this Japanese filmmaker, taking into account that the project is a collaboration with Filmoteca de Cataluña where the five titles that make up the  retrospective.